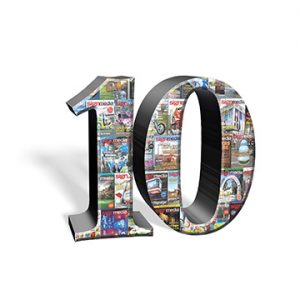 In 2006, Sign Media Canada debuted with an innovative approach to discussing both traditional and digital methods for producing, installing and maintaining signage to reach the public in both present and the future.

In a special 10th anniversary issue, the magazine looks back at the major trends that have impacted the Canadian sign industry over the past decade. This keepsake edition also explores some of the milestones in the magazine’s own history including the launch of the National Sign Competition—the first and only contest judged by a panel of experts that span the breadth of the Canadian sign industry. Readers are also treated to a behind-the-scenes look at the impetus behind the launch of the industry’s only salary survey and State of the Industry Report.